January 2023 in the Crowell Gallery

The Crowell Art Gallery, located within the Moore Free Library in Newfane, will be exhibiting the Robert L. Crowell Art Collection throughout the month of February. The gallery, once a 200-year-old barn owned by the library, was transformed into an eclectic art gallery by Crowell and his wife, Muriel in 2000. Bob Crowell was a strong supporter of the arts and shortly before his death in 2001 he traveled southern Vermont in search of works he felt reflected the vast diversity of the artistic culture of the area.

Contemporary pieces by Mallory Lake, Jules Olitski, Emily Mason and Wolf Kahn hang alongside works by Eric Aho, Roger Sandes, James Urbaska, Marcy Hermansader and others. Johnny Swing’s “Penny Chair” and Jim Florschutz wood and stone “Shrine to the Sun Shaman” sculpture are included in the collection and on view during library hours until February 28th.

Eric Aho (b. 1966) is an American painter known for his immersive paintings of the natural world. With color and form that bridges the way we experience nature in totality, Aho’s canvases at every scale, occupy a zone of perception between sober realism and ecstatic abstraction. While Aho works from his own impressions and memories of the landscape, the artist also draws upon major pillars of art history—including De Kooning, Goya, Homer, and Constable—to define his compositions. He’s been called “One of the leading painters of landscape and the environment of his generation.”These are physical works, through which Aho reconnects to the landscape as it reforms on the canvas. The artist explains: “I’m physical with the paint. Always have been. I push it around; I handle it. There remains something necessary and insistent about expressing the muscularity of the paint, that curiously, isn’t about strength or the heroic. It’s more awkward and protean than that, unguarded, even vulnerable. One can’t help but see the fragility of the landscape on close reading of its spaces and forms while wrestling them into place on the canvas. Although this space is invisible, it oddly registers as familiar—imbued with human-like physical qualities. After all, seeing humanizes the landscape. Looking closely humanizes everything.
Eric Aho was elected National Academician of the National Academy Museum in 2009. He lives and works in Saxtons River, Vermont. 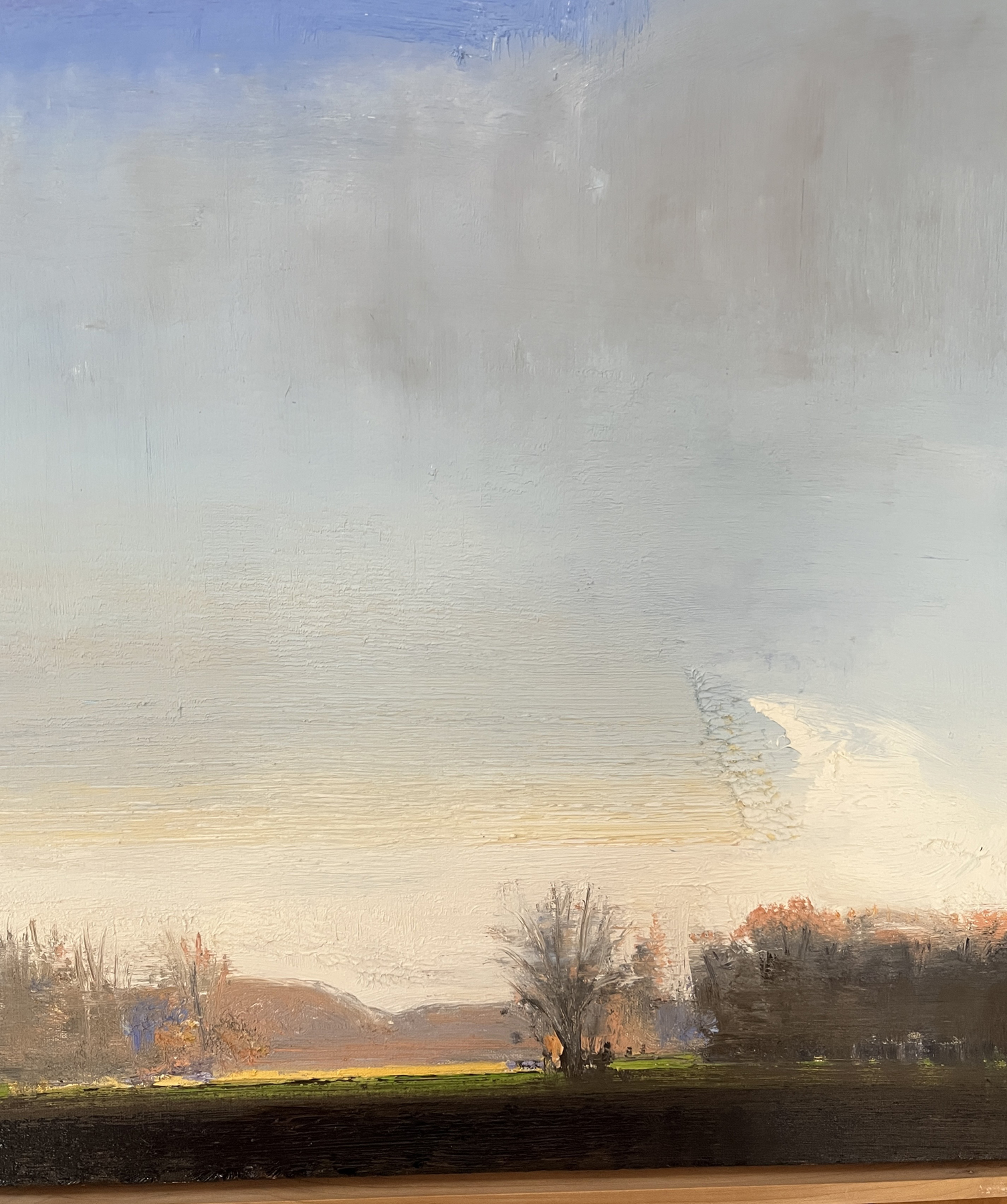 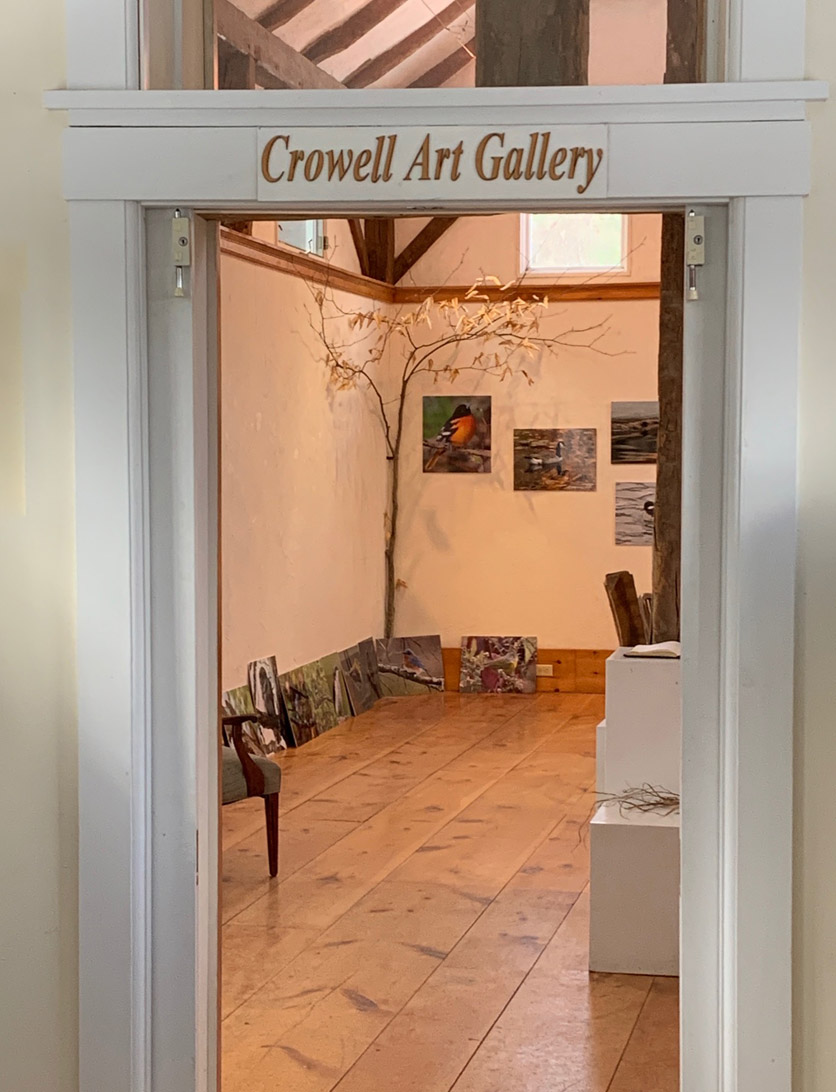 Interested in exhibiting your art at the Crowell Gallery? Email crowellartgallery@gmail.com for information.

The Crowell Gallery at the Moore Free Library in Newfane, VT was opened to the public on September 2, 2000. It houses an outstanding collection of contemporary Southern Vermont artists. The permanent collection is on view each winter (usually in January and/or February). For the rest of the year, the gallery hosts special monthly exhibits by local artists. The gallery also serves as a venue for public programs and meetings.

Robert and Muriel Crowell funded the renovation of the Moore family’s 1890 post and beam barn. The work was performed by local artisans Dan and Gary MacArthur. A gift in 2004 from the Wolf Kahn and Emily Mason Foundation provided tensor lighting for the gallery.

Robert L. (Bob) Crowell, former head of the Thomas Y. Crowell Company (which later became part of Harper Collins Publishers), was the grandson of the company’s eponymous founder. Thomas Y. Crowell began publishing books in 1876 and was the first U.S. publisher of Tolstoy and Gogol. Bob joined the company as a salesman in 1931, was elected treasurer in 1937, and rose to head the company in 1938. Under his leadership, the company published Roget’s International Thesaurus, the Frank Heller detective series and numerous art and children’s books.