New in the Library this month –

A novel written by a veteran of the war in Iraq, The Yellow Birds is
the harrowing story of two young soldiers trying to stay alive. With
profound emotional insight, especially into the effects of a hidden
war on mothers and families at home, The Yellow Birds is a
groundbreaking novel that is destined to become a classic.

“Ancient Light”
The Man Booker Prize-winning author of The Sea gives us a brilliant,
profoundly moving new novel about an actor in the twilight of his life
and his career: a meditation on love and loss, and on the inscrutable
immediacy of the past in our present lives.

” Jefferson: The Art of Power”
From the Pulitzer Prize-winning, bestselling author of American Lion
and Franklin and Winston comes a rich, unprecedented biography of
Thomas Jefferson, an original thinker and a master politician, who
helped create and sustain the American republic

“Wild”
One of Ann’s best books of 2012, this is he story of an
eleven-hundred-mile solo hike taken by a grief-stricken young woman
who was supremely unprepared for the rigors of the trail. That journey
was life-changing for Cheryl, and she shares it with us. through this
candid memoir that will appeal to even those who shy away from memoir.

“The Round House”
The revered author returns to the territory of her bestselling,
Pulitzer Prize finalist The Plague of Doves with this riveting,
exquisitely told story of a boy on the cusp of manhood who seeks
justice and understanding in the wake of a terrible crime that upends
and forever transforms his family. National Book Award Winner.

DOWNTON  ABBY Season 3  DVD
As the long-awaited third season of the addictive Peabody– and Emmy
Award–winning series begins, the war may be over, but the battles at
Downton Abbey continue amidst social change, romantic intrigue, and
personal crises. As other great houses throughout Britain are
crippled, both psychologically and economically, in the wake of the
Great War, Robert, Earl of Grantham firmly defends his duty to
maintain the majestic English country estate, but in the changing
social and political landscape, nothing is assured. Must the Crawleys
now fight to safeguard their beloved Downton? Will Anna find evidence
that helps to free John Bates? Will Robert accept his former
chauffeur—now Sybil’s husband—into the family? And what sort of
mischief will Thomas cause?  DVD  on order. We have Season 1 & 2.

Counterfeiters DVD
Winning the Academy Award for the Best Foreign Language Film of 2007,
this film is based on the true story of Salomon Sorowitsch, a forger
who made a name for himself as Berlin’s “King of the Counterfeiters.”
Arrested by the Nazis for forging baptism certificates for Jews,
Sorowitsch (Karl Markovics) is first sent to a concentration camp, but
finds himself drafted into Operation Bernard, the Nazi effort to
finance the war and destabilize their enemies’ economies by forging
British and American money. Sorowitsch and his fellow counterfeiters
find themselves in a delicate balancing act, succeeding just enough to
live another day, but not enough to truly help their captors. In
German and French, with English subtitles.

Endeavor  DVD
On the 25th anniversary of the first episode of the long-running
detective series Inspector Morse, Shaun Evans steps into John Thaw’s
shoes to play the younger version of Colin Dexter’s iconic character,
famed for his love of crosswords, classical music, real ale, and
vintage cars. Set in 1965, the story follows the hunt for a missing
schoolgirl, which draws Detective Constable Endeavour Morse back to
the place that will ultimately shape and define his destiny: Oxford.
Facing down small-time thugs, big-time politicians, and the demons of
his past, Morse begins his own quest for justice as he edges ever
closer to uncovering a truth that will haunt him for the rest of his
days.

Five Children DVD
What would you wish for if you were granted a new wish every day?
That’s the delightful situation five children face when they’re
evacuated during World War I and sent to live with an eccentric uncle
and his very odd son in a moldering mansion by the sea. There they
discover It (voiced by Eddie Izzard), an obliging but cranky sand
fairy who makes their wishes come true. This 2004 adaptation of E.
Nesbit’s beloved classic features Freddie Highmore, Kenneth Branagh,
and Zoë Wanamaker, as well as the film wizardry of the Jim Henson
Creature Shop.

Secret  Ballot  DVD
Iranian filmmaker Babak Payami’s gently humorous examination of the
voting process and gender differences was a consistent winner at
international film festivals in 2001 and 2002. On election day at a
remote island off the coast of Iran, a ballot box parachutes to shore,
followed by a female election official. A reluctant soldier is
assigned to accompany her and gather votes. Sometimes helpful,
sometimes a hindrance, he helps her overcome language barriers, gender
prejudices, and mechanical breakdowns, while she struggles to maintain
her faith in democratic processes. In Farsi with English subtitles.

CUT UP   DVD
Animator, documentarian, actor, dancer, editor, cinematographer, and
provocateur, Grant Munro has brought his talent, humor, passion, and
all-out goofiness to world cinema for more than 50 years. He has
collaborated with legendary animator Norman McLaren on some of his
best work, including their pixilated masterpiece Neighbours, a
viciously funny Cold War parable on arms escalation that won the Best
Short Film Oscar in 1952. This two-disc collection also includes the
animated classics Three Blind Mice, Two Bagatelles, Christmas Cracker,
Canon, Toys, and The Animal Movie, as well as Munro’s live-action
films Ballot-o-Maniac, Ashes of Doom, and Boo Hoo.

Weekly story time. Join us for themed stories and more. Geared towards age 0-5, siblings and older kids are welcome. Great way to meet other parents of young children.
10:30 am Online Story Time
Online Story Time
Sep 30 @ 10:30 am – 11:00 am 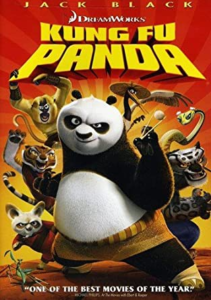 Weekly story time. Join us for themed stories and more. Geared towards age 0-5, siblings and older kids are welcome. Great way to meet other parents of young children.
10:30 am Online Story Time
Online Story Time
Oct 7 @ 10:30 am – 11:00 am